I find it inspirational. Whenever I read a terrible published work, I step back with a little reverence and more awe than I anticipated.

Discovering really terrible writing is like discovering a smell so bad that you have to share it with family and friends. It’s so bad that it becomes a bonding experience.

After reading something really bad, you realize that this was a work created by someone who, despite lack of talent, lack of sense, against all advice, and after the fruitless ministrations of what I can only assume was an exhausted and defeated editor who went home to have a serious rethink about their life choices, completed their project. They pushed through, very probably with all confidence in their ability to write, and released a truly bewildering gesture to the world.

I have to admire that!

I also hope that I am not that person.

My first experience with reading terrible writing was the poetry of William McGonagall. Who was he, you ask? He was the Ed Wood of poetry. His poetry was so singularly bad that his fame has outlasted nearly every poet of his age.

It was the 19th century in Great Britain: the Formica age of English poetry. Ponderous, description-heavy lines, subjects utterly unable to leave pastoral fields or the obscure edges of Greek mythology, etc. Percy Shelley died and he pulled the whole temple down with him.

Enter McGonagal. He made a living reading out his poetry at the circus while people pelted him with eggs. That was actually a career option in mid-19th century Britain. One could do worse than that.

He was a “disaster poet” as well as a disaster as a poet. That is to say, he wrote poetry about disasters. His most famous poem is about the Tay bridge, a railway bridge that collapsed in 1879, killing all the passengers aboard. McGonagall’s poem, “The Tay Bridge Disaster,” can only be considered the final desecration of the poor victims. 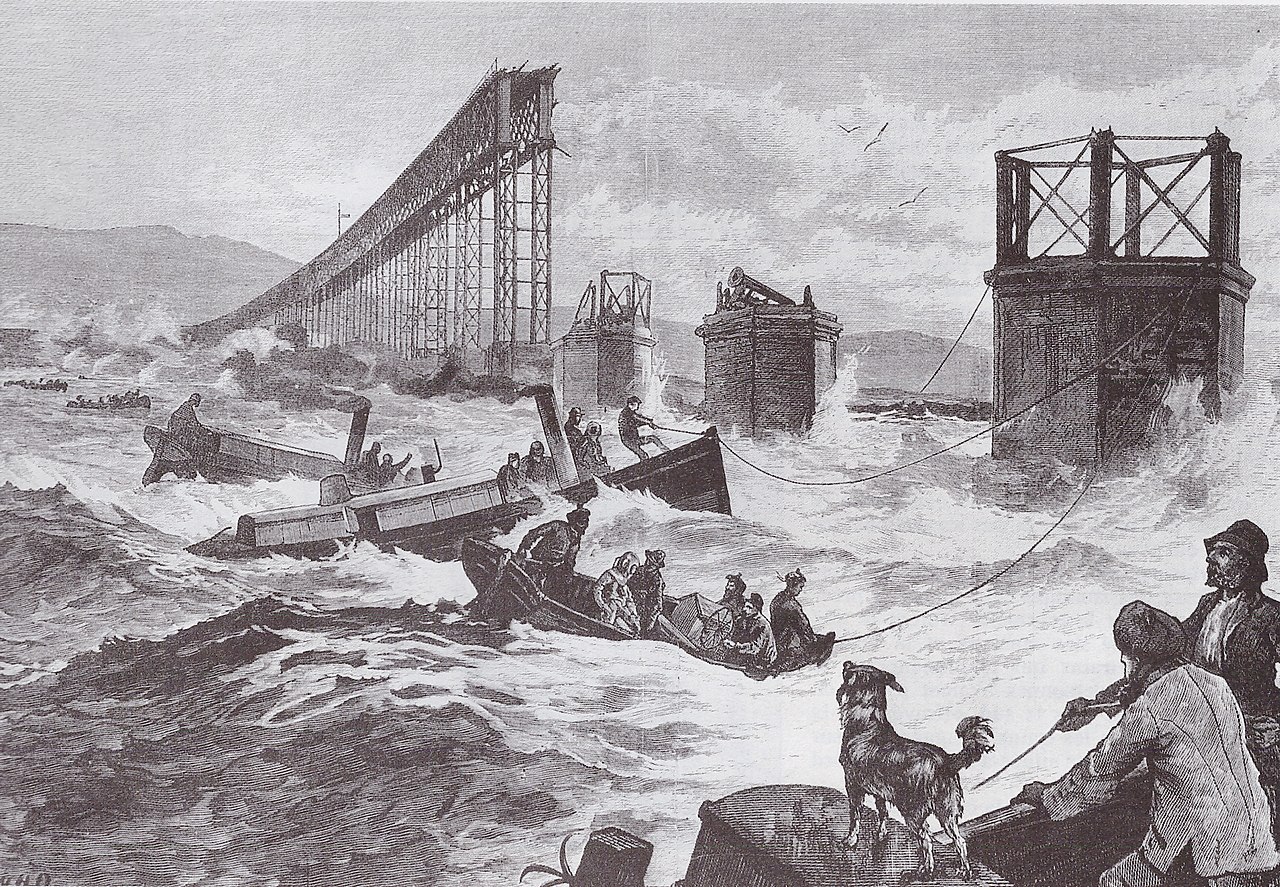 One of the worst railway accidents in history to this day? Take me away, muses!

Beautiful Railway Bridge of the Silv’ry Tay!
Alas! I am very sorry to say
That ninety lives have been taken away
On the last Sabbath day of 1879,
Which will be remember’d for a very long time.

There is SO much more to that poem. It gets worse.

William McGonagall is a gateway to bad poetry. He points the way to the adventurous James McIntyre, a Canadian author of the same time period who had a SERIOUS thing for cheese. He wrote many odes to cheese, especially gigantic ones.

When a bunch of Ontario dairy farmers made a 7,200-pound cheese, apparently this changed the world for McIntyre. His adoration of cheese, the dairy industry, and fermented milk took flight into two great poems. The first was “Ode on the Mammoth Cheese.”

We have seen the Queen of cheese,
Laying quietly at your ease,
Gently fanned by evening breeze —
Thy fair form no flies dare seize.

But this was not enough for McIntryre. He was gobsmacked by the amazing implications of what he beheld. The 7,200 pound cheese awakened the prophet in him. This led to his magnum opus, “Prophesy of a Ten Thousand Pound Cheese.”

This is worth quoting in its entirety. It is breathtaking.

Who hath prophetic vision sees
In future times a ten ton cheese,
Several companies could join
To furnish curd for great combine
More honor far than making gun
Of mighty size and many a ton.Machine it could be made with ease
That could turn this monster cheese,
The greatest honour to our land
Would be this orb of finest brand,
Three hundred curd they would need squeeze
For to make this mammoth cheese.

So British lands could confederate
Three hundred provinces in one state,
When all in harmony agrees
To be pressed in one like this cheese,
Then one skillful hand could acquire
Power to move British empire.

But various curds must be combined
And each factory their curd must grind,
To blend harmonious in one
This great cheese of mighty span,
And uniform in quality
A glorious reality.

But it will need a powerful press
This cheese queen to caress,
And a large extent of charms
Hoop will encircle in its arms,
And we do not now despair,
But we shall see it at world’s fair.

And view the people all agog, so
Excited o’er it in Chicago,
To seek fresh conquests queen of cheese
She may sail across the seas,
Where she would meet reception grand
From the warm hearts in old England.

What I get from things like this goes beyond mere sniggering. I am sincerely impressed by these people. It takes a special talent to make something terribly good or terribly bad. Sincerity is required for both. Care and polishing. Earnestness.

McIntyre and McGonagall both mean exactly what they say. There is no gross irony to them. They’re not seeking to impress anyone with their awfulness. They are the “anti-hipsters.”

And that is refreshing!

Again, I hope I am not among these people; that my writing isn’t hopelessly terrible. It’s hard to tell by yourself because I think all writers share commonalities with these two men: we need to write and we want to share our ideas with the world.

Even if those ideas are terrible and presented in the worst way possible.